Home / Uncategorized / To Hell With Ordinary
Return to Previous Page

To Hell With Ordinary 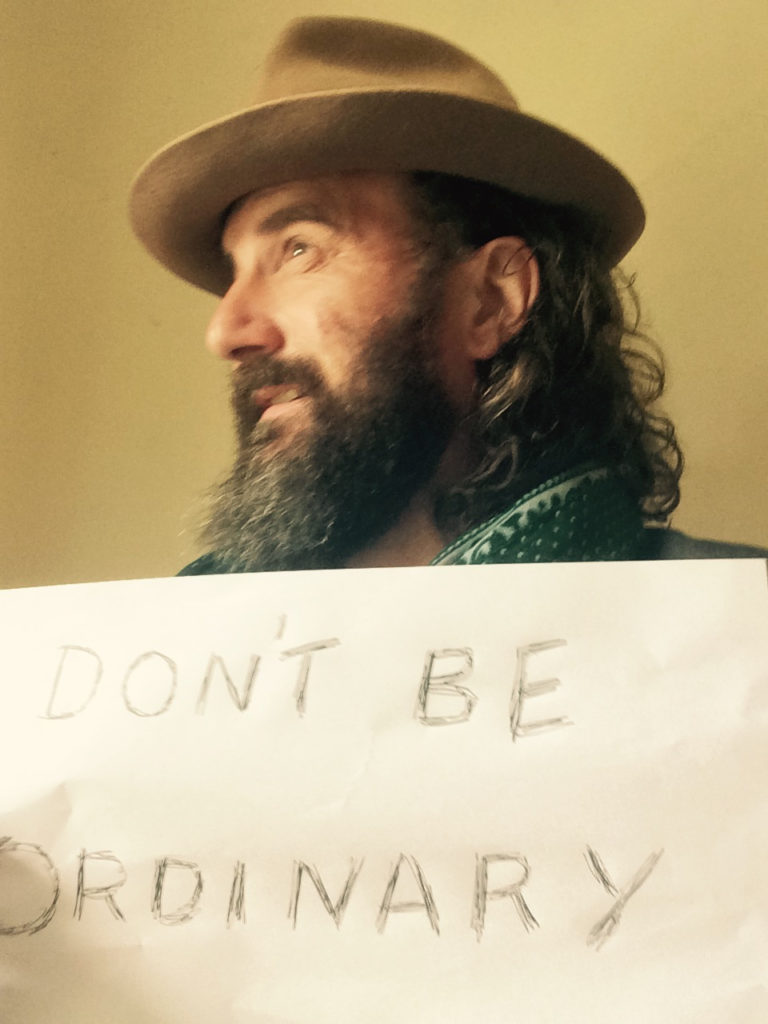 To Hell With Ordinary

“A victory for ordinary, decent folks” booms Nigel Farage (Brexit), blinking in a sickly dawn light as if he is some kind of jovial Robin Hood figure. As if he had just done us a favour.

Well, forget that. If ever a time required us not to be ordinary, it’s now.

We have just entered deeply mythological time. As we gasp for air, we better get educated quick. We know the facts of the situation, but what about the story?

People sometimes ask me is there a fairytale where nothing much happened? Where everything stayed the same?

Why is it always such high stakes in the old tales?

Because in cultures before literacy we had to retain an enormous amount of information in our mind – no journals or I-pads. Ordinary didn’t cut it. We remember that stuff that matters. Ordinary in the way Farage spins it doesn’t much impress the gods. Let’s tease out the word a little.

Ordinary in the mythic is not a by word for decency, upstandingness, imagination, compassion, community-mindedness, not at all. That’s exceptional. That’s high currency.

Ordinary in the old tales usually takes the form of the two false-brothers or sisters – fearful, unthinking, mean spirited. That’s the “ordinary” in a folktale. Ordinary can be very cruel, not good Hobbit folk sipping an ale. That’s what needs to be broken through for soul to enter the situation. It’s the malaise that needs to be overcome.

In the old tales it’s the one that bends their head to the Otherly, or the strange, or the outcast that gets led to the water of life and so proves redemptive to culture. I believe Christ did something similar.

And anyway, our life will never be ordinary, actually. Never.
No matter how hard we try.

You are going to be faced with furious giants waving cudgels, nights sobbing raw throated in a hollow tree, sea journeys over vikings waves, padding crisp tundra snow to steal one whisker from a Siberian tiger. You may experience much of this in a small hamlet in western Canada with an ageing population, but it’ll come. It may disguised as divorce, opportunity, illness, depression, solitude, but it’ll come.

Maybe you are reading this on a tea break in a ceramics factory in Lincolnshire, or trying to find a curry house in Surbiton to guzzle your sorrows, but you should know that the mythic is everywhere. “The river beneath the river” as they say in Mexico. The truth that never was and always is.

The less we are privy to this, the more available psychic energy can be swept up by politicians.

As my dear friend Daniel Deardorff says: “Denial is contagious and facts are an addictive substitute for truth”.

Life: you are going to be petrified, enraged, spooked and sometimes despairing, and if you don’t know the mythic ground you stand upon, there’s the chance that Farages words have a heinous seduction. He holds up the hologram of an England that never-really-was, and our small self (tired, frightened, feeling unheard), will take the little truth that is held in every big fat whopping lie.

When we are so starved of beauty, we will take even a toxic nostalgia over nothing at all. I wonder if the image of the Europe Union has felt so conceptual, so brokered in red-tape, so stultifying, so lacking in vibrancy, we cannot help but have created this furious belch of aversion. I wrote recently that nothing much will happen in the west until we see a culture broken open by its own consequence. I wonder if we are at the beginning of such witnessing.

But here’s the thing. Let’s not be ordinary. Or at least not in the way UKIP are selling it.

Make the move that Seamus Heaney used to advocate. from HERD (easily manipulated masses) to HEARD (the discerning ear that keeps you alive to anaesthetic, trance states and seduction).

In the name of Emily Pankhurst, Pablo Neruda, Mother Teresa, Jimi Hendrix, Jo Cox, Buddy Rich, Steve Marriot, W. B. Yeat’s and Georgia O’Keefe please don’t be ordinary. Try and get past the statistics of this situation into the soul of this emerging. Your books matter. Your activism matters. The things that claim purchase on your heart matter. They absolutely do. They are not a whimsy. If we have been wandering in an enchantment then here is an awakening. You are absolutely needed.

There’s nothing “ordinary” about decency, courage under fire, compassion, tenacity, lion-heartedness, and that is what is being called forth in a moment – a deeply mythic moment – like this.

Don’t let Farage co opt that word. When we fall for his hologram rather than true vision, it reveals a great failure of the imagination, a reduction, that actually, underneath all this, shows a huge crisis of the soul. A crisis that has been in free fall for many hundreds of years. That’s for another post.

And to be clear. I love England, I do. I carry it with me when I travel, my heart is forever claimed by this mystical, cramped, eruptive Isle. You can present me with any kind of breathtaking vista – a canyon, tundra, cityscape – and I will likely feel wonder and excitement, but the register of depth my soul experiences as I stroll the lanes and villages and copses is of another gradient altogether.

Even the names are magic to me, like smokey coloured beads on a rosary held in the fist of a great queen no one much remembers anymore: Buckland, Painswick, Ryhall, Ponsworthy. Names with ancient black roots descending into a hundred yards of rich soil.

It’s easy for me to find energy and emotion for the old country.

Farage’s rhetoric, so seductive and hail-fellow and hearty: of honesty, a victory against the feudal, a blow against the banks and big business is a big hit in the pubs, town halls, market squares, and now television centres of our country. Of course it’s a hit. It’s been a big hit for thousands of years when you feel marginalised, frightened and unwitnessed. When you feel exiled.

And, odd as it may sound, there’s many in England that feel exiled in their own country. And the myths tell us whatever is exiled grows hostile, and ultimately dangerous. Even a cursory glance at European history can tell you of the possible consequence of this kind of moment. As Merlin once said; underneath the mud of our consciousness two dragons forever wrestle – one red and one white. Today, here, they have erupted from the soil.

There’s no point at wagging fingers at those who wished to leave; they had their own intelligence at play, and their own convictions. Many are friends of mine. I understand the corruptive elements at play in both positions. I find myself wondering about the conversations long denied that have caused todays raw, calamitous bellow to fill the air. If you feel profoundly unwitnessed then the move to voice will almost always become savage not dignified.

Television, radio and internet will be able to tell you all the above-ground implications of what’s just taken place. My task here is simple, and something you almost certainly know already.

What is greatest, and most gallant, in the Arthurian romances we owe in large part to the influence of medieval Islamic culture (see Snowy Tower 2013) and possibly even an earlier influence of the mythology of the Caucasus Mountains brought over by the Roman army (From Scythia to Camelot, Littleton and Malcor, 2000).

Go to Yorkshire to study variants of the folk tale the Lind Wurm and enjoy the moment when you realise you are in the grip of story equally at home in Eastern Europe. Again and again, vivacity and colour dapple the story when they travel a little, not stay entirely in the confines of a particular settlement. It broadens them, deepens, increases tolerance. Myth is promiscuous, and it doesn’t given two hoots for the kind of borders we will now frantically try and erect. 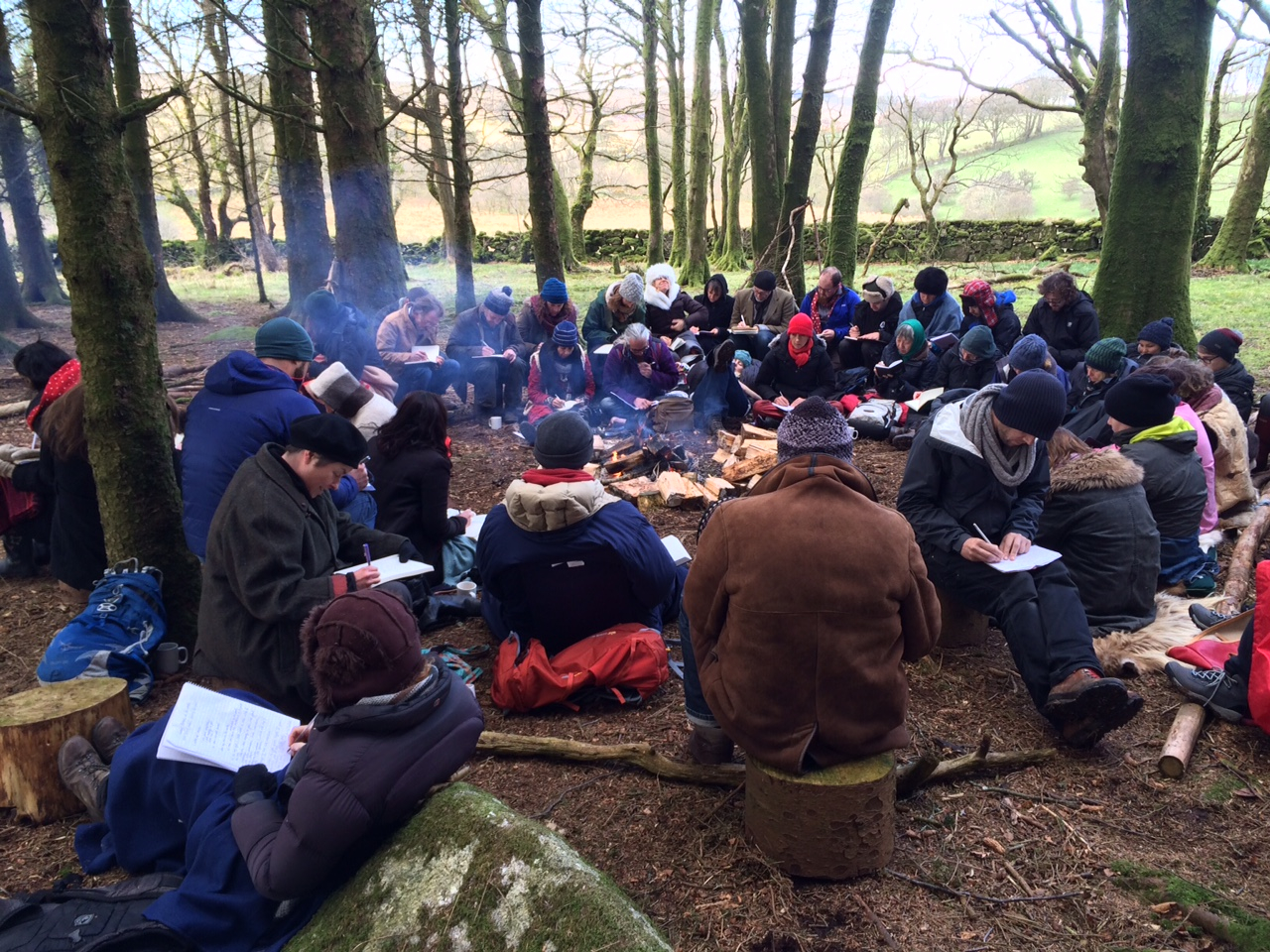