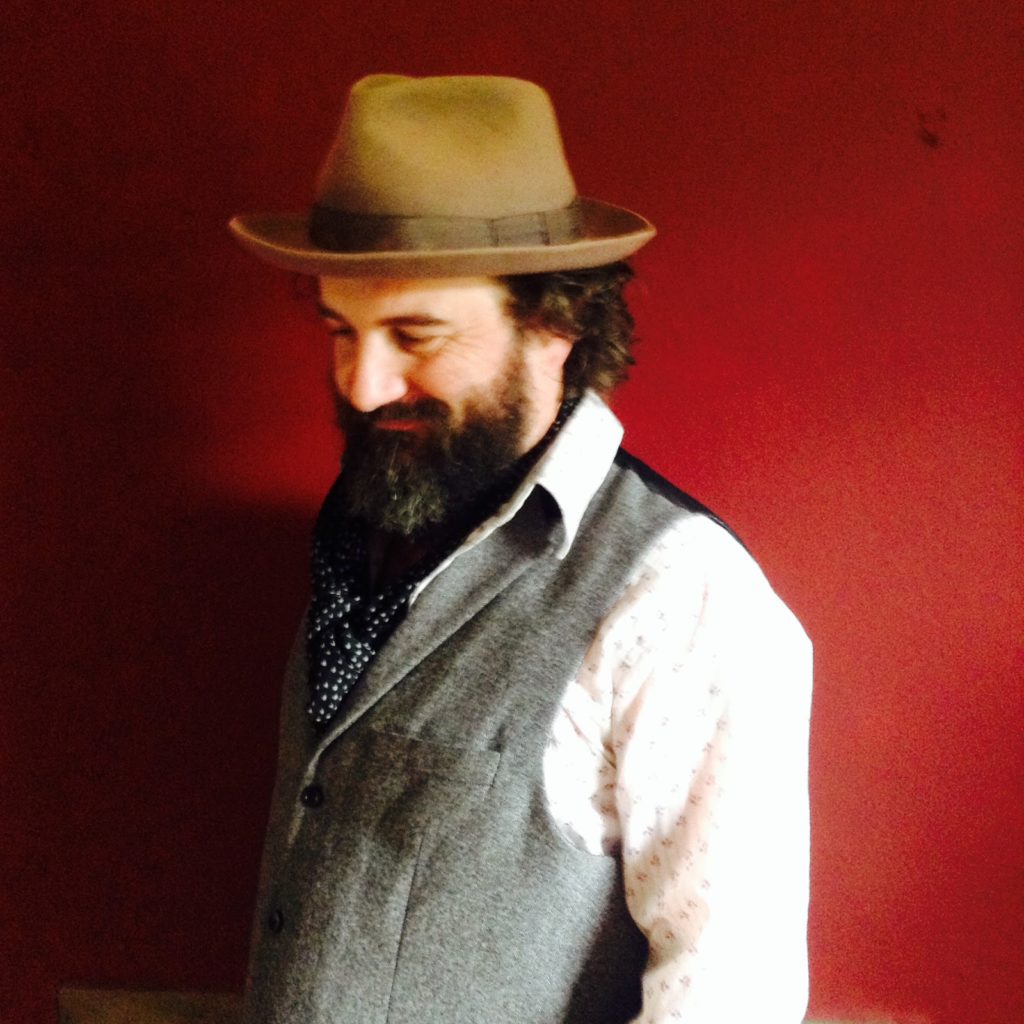 The room is to walk from moonlight to sunlight.
Like a womb, glowing like the yoke of an egg.
In its centre is the small painting,
which seems the source
of the luminosity.

The rug has been pulled,
an ember leaps from the fire –
the king’s heart strikes an old, low note,
and he will never be the same.

I love the old, low note of the fairy tale. Tomorrow we gather at the school for our next deep immersion in the old stories and their florid tangle with the wider world we call the earth. It’s in this wet and woven treasury that I hear the dark-root wisdom of Rilke again, speaking out:

When we win it’s with small things,
and the triumph itself makes us small.
What is extraordinary and eternal
does not want to be bent by us.

…Winning does not tempt that man.
This is how he grows: by being defeated, decisively,
by constantly greater beings.

The telling and carrying of stories is being in the presence of constantly greater beings; and showing fidelity to the tremors of your own soul when you wrestle one that has absolutely claimed you. That’s when submission appears, in its old regal fashion; about as far away from our contemporary fixation with isolated individuation as it’s possible to get. We can guzzle all the wheatgrass smoothies we want and still be absolutely bereft in our wider psychic health without the arrival of this bigger event. Well, that’s what the old folks say.

So looking back at Snowy Tower, I found a little of the introduction spoke to this ‘wet and woven treasury’ that we will be exploring. Here we go:

Certain myths, certain stories, are a bridge to the muscled thoughts
of the living world. These thoughts we could call the pagan imagination.
Pagan from the Latin—country dweller. When I write of the pagan imagination,
it is to illustrate the earthy spaciousness that really grounds
a human: not as a remote island to themselves, but a charmed, invested,
lover of place. Pagan not as a religious persuasion, but the feel of one
who strolls, complete, under the grey teeth of the rain, or who places a
hand on red turf and feels the subtle disclosures of an old friend; or who
points at the night sky and knows not unutterable distance but that the
stars are shield-rivets of the sun, and that they themselves shelter under
the vast indigo tent of the sky. They are one who dwells.

Some stories these days do not offer that kind of relationship. Like
a genetically modified crop, their intrinsic design is so shaken up, so
bent only to allegory, that this root connection is lost. Their taste is
briefly sweet but lacks texture and weight. Nuance is ironed out. The
story we are about to explore is not one of those. If the hand of the
human community is too impacted, then story becomes only pastoral,
an affirmation of what we already know. I don’t believe we need stories
like these. Many of us long for the prophetic, the unruly, the stories that
awake the bristling, tusked edges of our imagination.

At the same time, stories gathered from the wild places, if authored and
spoken by just one person, will lack the psychic weight that many fairy tales
hold. One human’s testimony was never meant to hold the entire soul-story
of the tribe. That’s too much weight for anyone’s shoulders.

Having sat round hundreds of campfires for twenty years hearing
powerful, transformational stories pour from the mouth of returning
wilderness questers—visionary—I have wept at their mythic truth, but
have not quite heard a myth. A subtle distinction, but important. They
carry the ‘I’ elegantly, but not always the ‘We’ that the great stories reveal.
They are beautiful rivers, but they are not the ocean. It was the waiting
tribe, many years ago, that would help the initiate dig the tributary that
took their river to the bigger tribal story. The ancient stories, rather
like our vast, majestic seas, may have occasional temporary pollutants,
but are not to be abandoned. They are to be cherished, worked with,
carried, honored. They carry silvery shoals of insight, slow moving crab
wisdoms that survive at great depth and under intense pressure, aquatic
revelations that give themselves up for our nets, time and time again.
Though on one level myth is not really about ‘a long time ago’ (but a
kind of numinous present), we know that the opening up to its images
through many communities and over long stretches of time deepens the
power and intricacy of its disclosures. Repetition has enormous weight. So,
although the myths usually refers to eternal concerns, the repeated practice
of invoking that very ‘timelessness’ is one of the elements that gathers psychic
vigor to the telling, like moss around a stone. It’s very mysterious.

Although some would rather be done with myths and folktale and
swiftly produce new stories of harmonious and stress free relatedness to
the living world, it is like trying to out run your own shadow. Naive. All
those power games, betrayals and paradoxes that myths and fairy tales
engage with—they keep revealing to us difficult inner-material, material
that comes with the labour of being a human—a human with a history
of betrayal, urbanity and a tricky lower intestine—and not always the
pristine mind of the elk or starling. That’s useful as we turn our head
towards wild intelligence. Its rather domestic grit reminds us of the
village we come from as well as the forest we long for. Human initiation
always calls for the messy business of dwelling in the crossroads of both.
With a great deal more investment and community (as well as solitary)
focus on wilderness, those individual stories from the wild may
indeed collude into something lasting. Meanwhile, the great stories—of
six swan brothers, a young girl riding the back of a goat waving a spoon,
of raven feathers that hang from the yurt of a Giant—the ones that challenge,
mystify and wake us up—to this very day contain vast doorways
to the Otherworld.

It is certain fairytales that carry the dreamtime of what came to
be called Europe, bedded down in the blue green forests and the nomad
lines from India and the Caucasus Mountains, its rich loam carrying
the loose wild fields of pagan thought clear of the accelerated logos of
Descartian advance. These stories are our chthonic shadow that stayed
close to plants and animals when we tried to become Sun Gods of
Empire. Things survived, down there, in the spidery gleam of the hearth
fire tellings, images of such animistic intelligence that they shoot brilliant
shivers of recognition into the orbit of anyone who gets near them.
They are Yeats’ “Wild Swans of Coole.”

So do we just tip toe away from this complex inheritance, and rattle
off endless cut and paste ’new’ myths after an afternoons brisk walking on
the Brecon Beacons? I think this would prove to have little sustenance. It
would lack authenticity. We need the experiential, the great unshackling,
but bardic thinking would entail that encounter then challenging and
deepening the existing mythos, not abandoning it completely. This is
where study arrives. We won’t get into heaven without it. 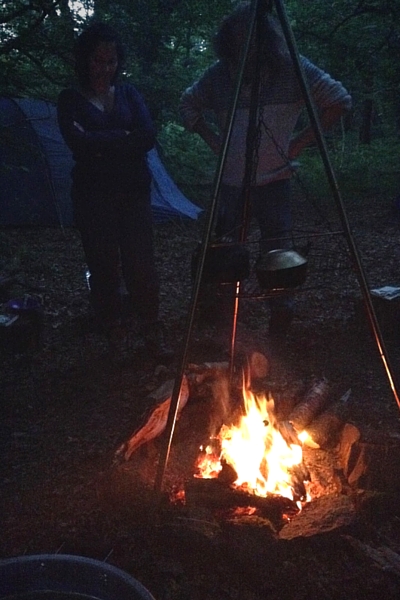 The Muddy Crust
Next
Lions 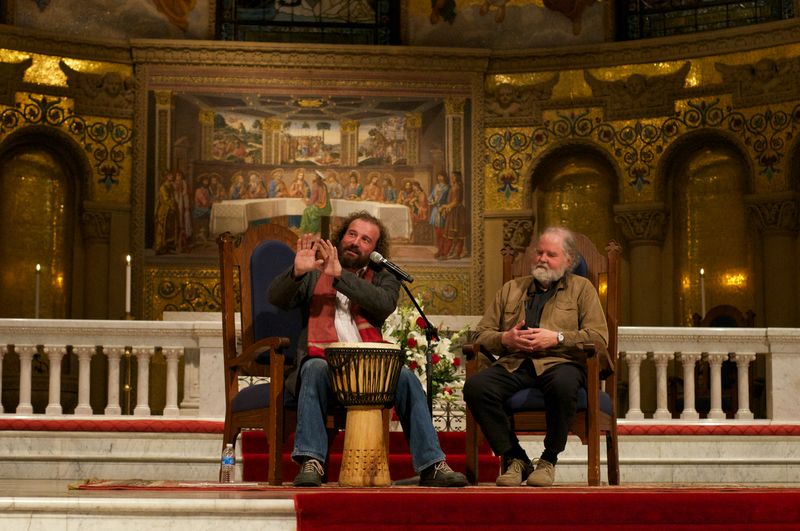